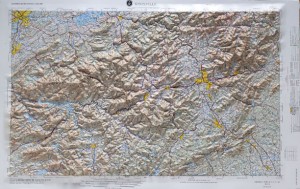 Long before the days of Mapquest, Google Maps, or iPhones, we had to rely on honest-to-goodness paper maps to find our way around. Spreading a North Carolina map on the kitchen table, we finally found Big Pine, which was only a tiny dot on the map. Looking at a topo map, we soon learned that it was way back in the mountains of Madison County, which was about an hour’s drive northwest from Asheville, NC.

I remember excitedly telling my mother on the phone that we had possibly found our dream cabin, and it was incredibly remote. There was a long silence on her end of the phone and then she finally asked, “Is that good?”

“Yes, Mom, it’s really good. Because we need to find a place that’s not only peaceful, but where we can think, write, play music, where we can hear the birds and enjoy total and absolute silence.”

I could sense my mother’s skepticism. She was born in New York City in 1917- remote was bad, and “convenient” was good. Not wanting to rain on our parade, she said something like, “That’s nice, dear.”

The day after Barb saw the ad in the paper, we were on the phone with our realtor, Bill Palas, who agreed to take us up there and look the place over. We got up bright and early the next morning, and jumped in Bill’s truck. As we left the big city of Asheville and headed up through the mountains, strange things started happening. First, the landscape began changing from city streets to rolling hills and then steep mountains. For every mile we traveled on the winding road that followed Big Pine Creek, we seemed to be going further and further back in time. Men were plowing with horses and mules, and the barns and houses were made of hand hewn logs.

When we finally arrived at the for sale sign, we were at an old log barn that was leaning precariously to one side. We stepped gingerly past it, and started bushwacking our way up a steep mountain trail to where we guessed we’d find the cabin. The mountainside was like an overgrown jungle and we had to clamber over or under scores of downed trees every step of the way. 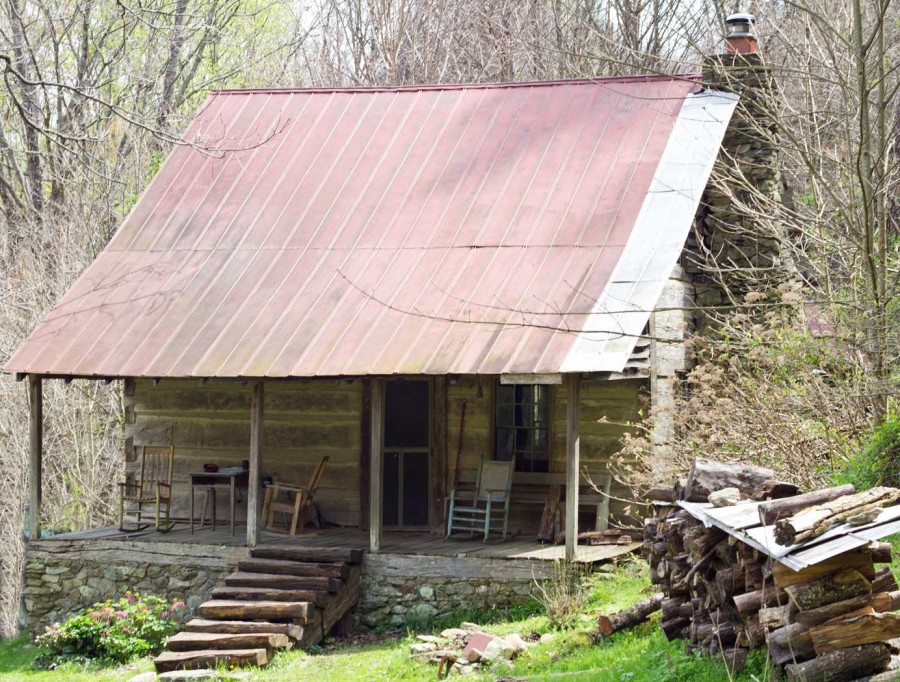 After an exhausting hike straight up the mountainside, we finally could see the fabled cabin in the distance, looking every bit like the image of a storybook cabin from a child’s picture book.

To be continued next month…