This is an excerpt from Outlaw Ballads, Legends & Lore.

His real name was Stack Lee, but they all called him Stagolee. At birth, a fortune teller was summoned because the newborn was double-jointed and had a full set of teeth. What worried the fortune teller most was that he was born with a veil over his face, a sign that Stagolee would come to no good.

The fortune teller’s warnings all came true. One day, the devil carried Stagolee off to the graveyard. Knowing his weakness for fine Stetson hats, the devil bought his soul in exchange for a magic oxblood Stetson hat made from a man-eating panther that the devil himself had skinned alive. As long as Stagolee wore that hat, he had magical powers: 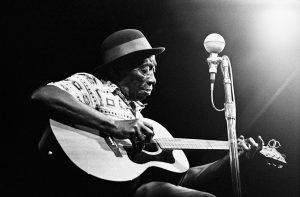 The devil, meanwhile, was growing impatient for Stagolee’s soul. One cold frosty evening Stagolee was having a big winning streak down at the Jock ‘O Diamonds in St. Louis. In his haste of raking in all the money, Stagolee hung his magic Stetson on the back of his chair.

The devil, seeing his chance, quickly turned himself into Billy Lyons, an innocent family man. Grabbing Stagolee’s prized Stetson, he tore out the double doors towards the White Elephant Barrel House with Stagolee in hot pursuit. When Stagolee saw the real Billy Lyons, he killed him for stealing his magic Stetson. The devil was sorely disappointed that the police did not kill Stagolee right there and then, for the judge sentenced Stack to 75 years in the Jefferson Pen. When the devil finally claimed his prize, Stagolee became quite popular in hell, where he played guitar in a jazz band with the devil himself on cornet. 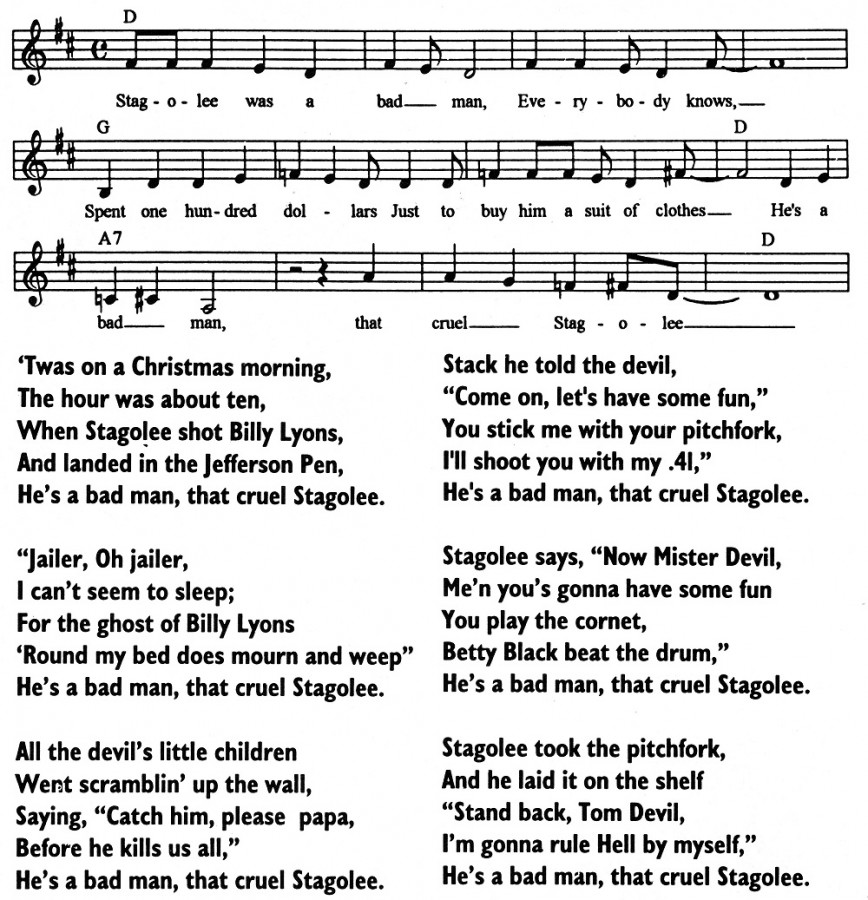