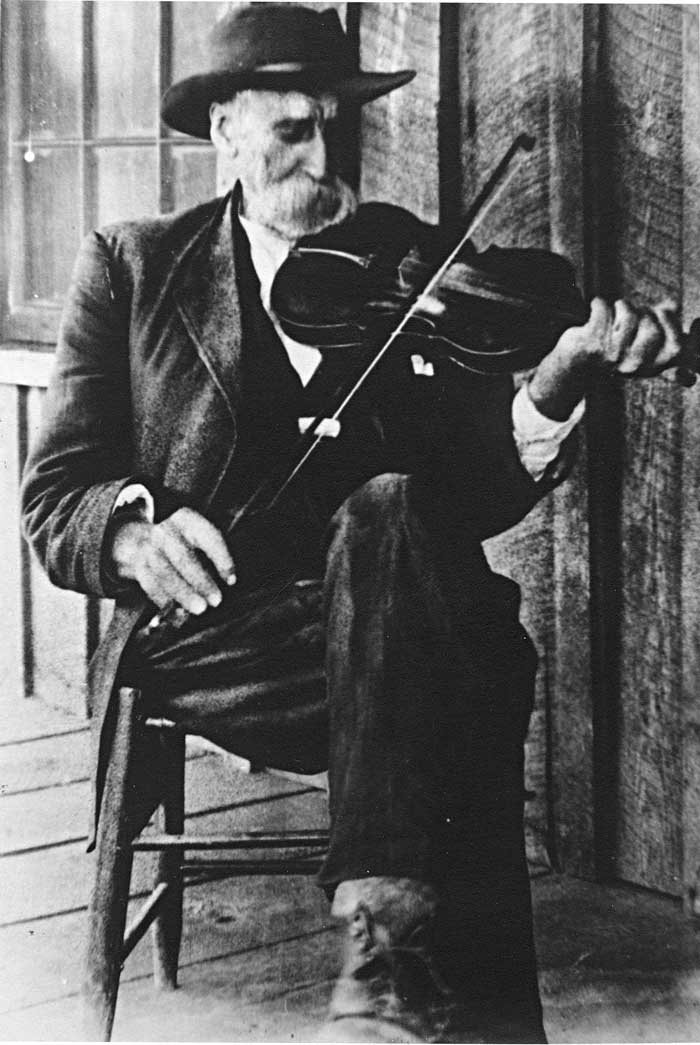 Born Aquilla Rose in Cades Cove, Blount County, Tennessee on May 4, 1841, he died on November 3, 1921 at the ripe old age of eighty. Tall, wiry and broad-shouldered, he had long dark hair and sported a beard. At 6 foot 1½ inches, he was considerably taller than most men at that time. In 1857 he married Lavica “Vicie” Hyde, who was half Cherokee. Together they lived in a hand-hewed log cabin up Eagle Creek, in what is now the Great Smoky Mountains National Park.

Quill was every bit the mountain man, who had mastered the many skills necessary to survive and thrive in this remote and rugged section of the Southern

Appalachian Mountains. Even in his own day, he was legendary as a bear hunter, fiddler and moonshiner. He was said to be able to tell tall tales with the best of them. Someone once described him as “a good natured, but desperate character when aroused.”

With the coming of the Civil War, Quill enlisted in the Confederate army on April 1, 1863 in Macon County, North Carolina on. He was one of a small handful of non-Cherokee who served in Colonel William Thomas’ Cherokee Legion. After the war, in addition to farming, blacksmithing, moonshining, fiddling, and running his own gristmill, he used his Plot Hounds to hunt wolves and bears. He sold the wolf hides for a bounty of $5 each, which the government offered until 1891. In 1882 alone, he claimed to have killed between 8-10 bears with the help of his dogs.

In January of 1855 he sold 100 acres of land in Cades Cove, Tennessee, to his brother, Jacob Merlin Rose, for five cents an acre. Quill ran a successful moonshining operation for many years and only got arrested once, and that was in 1918 at the age of eighty. When the judge learned of his age, he set him free immediately.

My favorite story about Quill has him traveling to Bryson City, North Carolina to board a train bound for Proctor, North Carolina to visit friends. Of course, he brought along two of his favorite dogs, Ring and Snap. As he was preparing to board the train, the conductor informed him that he couldn’t take his dogs along. With the train pulling out, Quill had no choice but to leave his dogs at the station. As he jumped on the moving train, he threw his hat on the ground, and ordered the dogs to guard the hat. Quill had originally only planned on staying in Proctor for one day, but he and his friends got into some moonshine, and it was two days before he finally got back home. As soon as he reached his cabin, he inquired of his wife the whereabouts of his two dogs. It was then he remembered where he had left them. He hurried back to the train station, and found his dogs still faithfully guarding his hat.