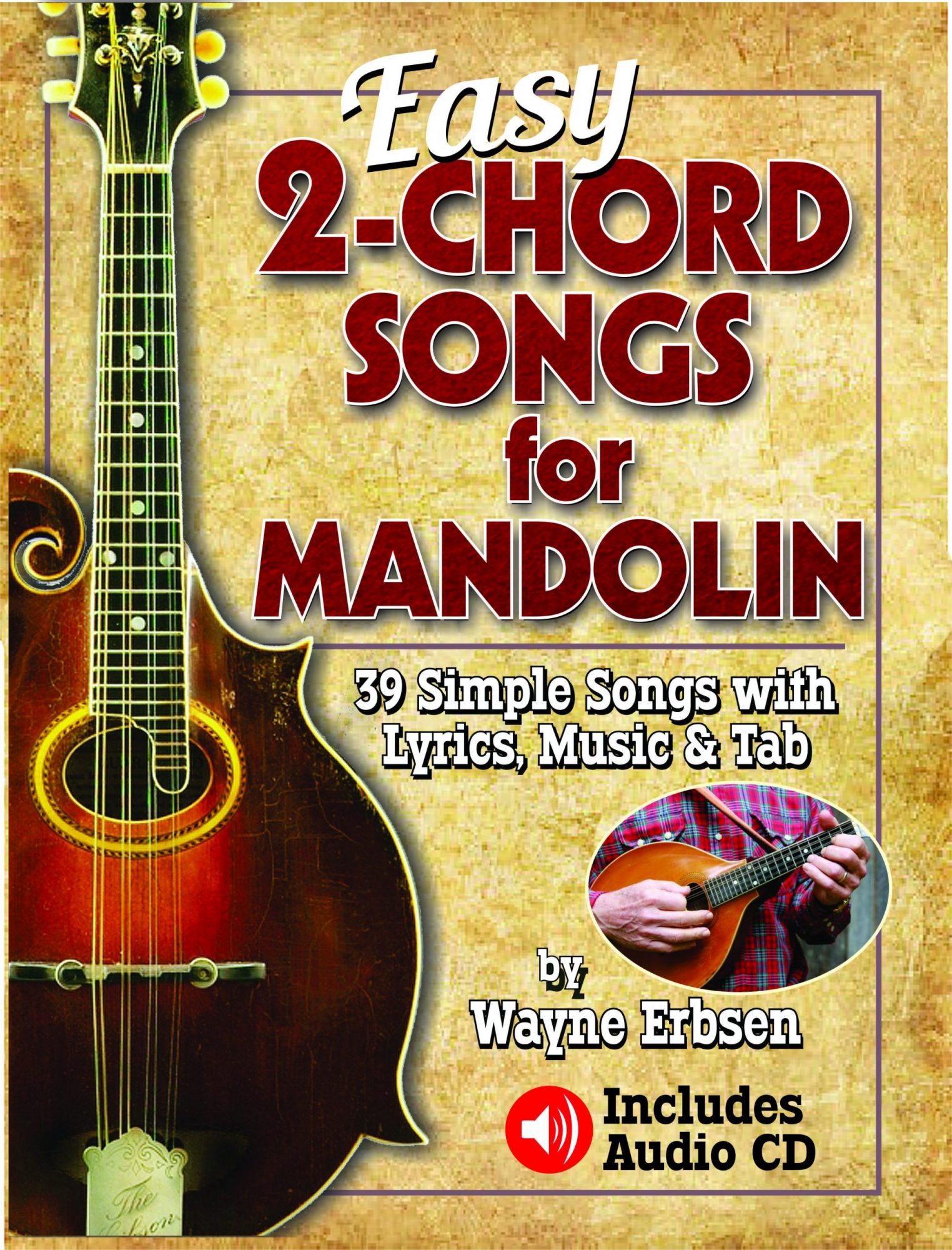 Many folks are on the lookout for easy and foolproof ways to learn to play their favorite musical instrument. Who can blame them? Everyone wants a free ride down music alley. These kind of folks get lured to websites that make grand promises of quick success if you try their method. Not being afraid to jump on this bandwagon, I’m working on a new book entitled Easy 2-Chord Songs for Mandolin.

***This book will be available in late February 2018. Email us at info@nativeground.com if you want us to let you know when it comes out. ***

There are actually a ton of great songs that only require two chords, so it wasn’t like I was scraping the bottom of the barrel. Here is a list of songs in the book:

Let’s take a stab at playing one of the songs in the book, “They Gotta Quit Kickin’ My Dog Around.”  This hilarious song is as fun to sing and play as it is to listen to. Not only are the chords easy to play, but to play the melody, you only need four notes. Take a gander at the tab/music, below. For those of you who read music, you should be all set. Above each line of music is a form of tab I developed that puts the name of the note (eg. A, B, C#) on the string that it’s played on.

The two chords you’ll need to play “They Gotta Quit Kickin’ My Dog Around” are D and A7.

Lyrics: You’ll find all the lyrics in Easy 2-Chord Songs for Mandolin, or you can check them out HERE.

For those history buffs, here is a little history of this song. Take a look at it while you’re resting your sore fingers.

Also known as “The Hound Dog Song,” “They Gotta Quit Kickin’ My Dog Around”  sounds like it was written by an old mountaineer who lived in a tar paper shack back in the hills of Kentucky or Tennessee. In fact, it was a carefully crafted composition from 1912 by two skilled songwriters, Webb M. Oungst (lyrics) and Cy Perkins (melody). Cy Perkins was the pen name for Sarah Ann Stark, the wife of the legendary ragtime publisher John Stillwell Stark. While living in Sedalia, Missouri, John Stark heard the piano player Scott Joplin play The Maple Leaf Rag, and on August 10, 1899 he purchased Joplin’s composition for $50 plus one cent royalty. This proved to be extremely lucrative for both of them.

The melody of They Gotta Quit Kickin’ My Dog Around reminds me of the family of such tunes as Fly Around My Pretty Little Miss. It was first recorded in 1916 on RCA Victor by Byron J. Harlan, and was a hit for Gid Tanner & His Skillet Lickers, who recorded it in Atlanta, Georgia on April 17, 1926. If I can hazard a guess, I would say that these recordings were made to cash in on popularity of the song that was generated when the Missouri Democrat Champ Clark used it as his theme song for his 1912 unsuccessful bid for the presidential nomination against Woodrow Wilson. With its widespread exposure during the campaign, the song was seriously considered to be the state song of Missouri.

Wayne Erbsen has been chasing the origins of songs for fifty years or more. Check out his easy instruction and songbooks for bluegrass and clawhammer banjo, mandolin, fiddle, guitar, ukulele and dulcimer at www.nativeground.com.

Posted on January 18, 2018May 20, 2021 by Native Ground
Category: Mandolin
This website or its third-party tools process personal data.
×
Manage consent