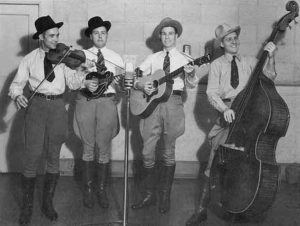 There are two schools of thought as to the origins of bluegrass music. One has Bill Monroe singlehandedly inventing bluegrass music around 1945. The other takes a more evolutionary approach, with a number of musicians and bands contributing to the sound we now call “bluegrass.” In particular, this approach points to Wade and JE Mainer’s Mountaineers as the first band that had all the ingredients of bluegrass music going back at least to 1935. For this article, let’s put aside the evolutionary argument, and concentrate on the theory that Bill Monroe invented bluegrass.

It is commonly known that Bill and Charlie, the Monroe Brothers, had a contentious and turbulent relationship. Perhaps Charlie said it best, “We were hot-headed and mean as snakes.” In early 1938, they went their separate ways. To replace Bill, Charlie hired Zeke Morris to play mandolin and sing tenor. Interestingly enough, Zeke had been a mainstay of Mainer’s Mountaineers.

Bill Monroe, on the other hand, was looking for a lead singer and guitar player to replace his brother Charlie. To accomplish his goal, Bill placed a small ad in the Atlanta, Georgia, newspaper looking for someone who played guitar and sang old-time songs. Among the musicians who showed up at Bill’s small travel trailer to audition was a nervous young man named Cleo Davis. Bill hired him on the spot because Bill’s wife, Carolyn, reinforced Bill’s opinion that Davis’ voice sounded almost exactly like that of brother Charlie Monroe. 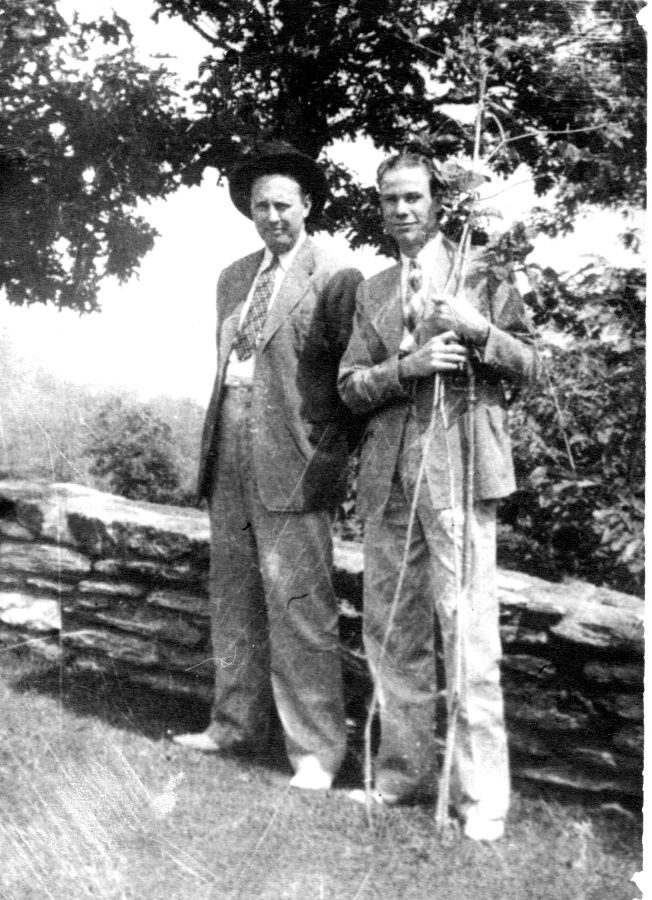 It is my contention that the short audition of Cleo Davis in Bill’s small trailer in 1938 is the big bang of bluegrass. It is when Bill hired the first of a long line of sidemen who would make up Bill’s legendary band, The Blue Grass Boys. The rest, my friends, is history.

Let me tell you how I became involved in all this. In late 1981, I received a personal letter from Cleo Davis, who by then was calling himself JC Davis. He had read an article I had written for Bluegrass Unlimited magazine on Wiley and Zeke, the Morris Brothers. Cleo, or JC, contacted me in an effort to reestablish contact with the Morris Brothers, whom he had not seen since that late 1930s. In addition to providing him with contact information to get in touch with the Morris Brothers, I asked if I could interview him for another article in Bluegrass Unlimited. He readily agreed and seemed anxious to tell his story.

At the time he was living in Lakeland, Florida, and I made my home near Asheville, North Carolina. Because of the difficulty of getting together, I asked him if I could send him some questions via letter, and if he could record his answers on a cassette tape. He quickly consented to this somewhat unorthodox interview method. Many letters and cassette tapes went back and forth, and my article finally appeared in Bluegrass Unlimited in February 1982. As far as I know, I was the only one to interview Cleo (JC) Davis about his role in the origins of Bill’s band, the Bluegrass Boys. Unfortunately, he passed away a short time later.

Thanks to the wonders of computers, you can actually listen to those tapes I made by going to http://dla.acaweb.org/ Simply type in “Cleo Davis,” and you’re good to go.  The entire article can be found here. This information can also be found in my book, The Rural Roots of Bluegrass.

9 Responses to “The Big Bang Theory of Bluegrass”