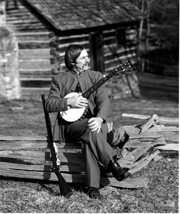 As we approach the 150th or sesquicentennial anniversary of the start of the Civil War, let’s pause to remember an aspect of this tragic period beyond the roar of the cannons and the movement of soldiers across the battlefield. For soldiers on both sides of this conflict, it was the music that helped them carry on. No less an authority than General Robert E. Lee said “I don’t believe we can have an army without music.”

Music touched practically every aspect of soldiers’ lives. They were awakened in the morning with the first call of the bugle, riveted into step by drums and fifes, serenaded in camp by banjos, fiddles, harmonicas and jew’s harps and even put to sleep by a lone bugler. But although instrumental music was linked to almost every step the soldiers made, it was often the songs that mattered most. Sung by soldiers and by those who stayed behind, it was the songs that truly expressed the emotions, fired the patriotism and filled the emptiness felt by leaving loved ones at home and facing death at every turn.

Perhaps the most popular Civil War songs were actually those songs that were old or well known before the war. Far from home and loved ones, it is not all that surprising that the all-time favorite song of both sides was “Home! Sweet Home!” Ironically, of the two men who composed it, one was homeless and the other was known as a “home-wrecker.” The lyrics of “Home! Sweet Home!” were written by John Howard Payne for an opera that was first produced on May 8, 1823. He eventually served time in a debtor’s prison. The melody of “Home! Sweet Home!” was composed by Sir Henry Rowley Bishop, a well known English conductor who has known as “a notable reprobate, home-wrecker and spendthrift.” He died in poverty.

Certainly, one of the most popular Civil War songs that preceded the war was “Lorena.” It was written in 1857, long before the war tore soldiers from their wives and sweethearts. With little else to comfort them, “Lorena” reminded soldiers of the separation they endured through the war’s long years. The lyrics were written as a poem by Rev. Henry De Lafayette Webster and the melody by Joseph Philbrick Webster, who also wrote the music to “In the Sweet Bye and Bye.” Although “Lorena” was sung by soldiers on both sides, it was more widely sung by Southern soldiers. They didn’t seem to care that it was written by a Northerner and first published in Chicago. Many of Southern soldiers who returned from the war went on to name their daughters “Lorena.” Some writers have even gone so far as to blame the lost of the war on “Lorena.” So many Southern soldiers grew homesick and deserted after singing it, that several Confederate Generals prohibited their soldiers from singing “Lorena,” but most soldiers disobeyed orders and sang it anyway.

Within three days of the firing on Fort Sumter, the first published song of the Civil War was already on the streets. Entitled “The First Gun is Fired! May God Protect the Right,” it was written by George F. Root and published by Root & Cady. Root would go on to become the single most important songwriter for the Union. His most popular songs include “Battle Cry of Freedom,”  “Just Before the Battle Mother,” “The Vacant Chair” and “Tramp, Tramp, Tramp.”

To satisfy the enormous demand for the lyrics of the most popular Civil War songs, printing presses on both sides of the conflict ran around the clock. In 1861 alone, an estimated 2,000 pieces of music were written and published in both the North and the South. By the war’s end, this figure had grown to some 10,000 songs.

Before the war, the South had relied mainly on the North for its supply of printed music. With the coming of secession, the South’s few music publishers sprang into action. They were severely handicapped by the shortage of ink, paper and type, which they had always imported from the North. Some Southern music publishers, like J.C. Schreiner of Macon, Georgia, resorted to smuggling a satchel of music type through Union lines in Tennessee. The Federal soldiers who inspected the satchel apparently had not heard the oft quoted phrase from 1839, “The pen is mightier than the sword.”

As the Northern blockade of Southern ports exerted a strangle hold on the South, the quality of printed music in the South sharply deteriorated. At the beginning of the war, Southern music was printed on heavy paper with dark black ink. By the war’s end, music was printed on paper so thin that it collapsed when leaned against a music stand, and the ink was so light that one had to strain to read it. Even Southern newspapers suffered from a lack of paper. They were forced to use paper made of straw, cornhusks and cotton. In contrast, Northern presses enjoyed abundant quantities of needed printing materials, and the quality of their printed work remained high throughout the war.

Although soldiers enjoyed instrumental music, by far the most common musical outlet was singing. Soldiers sang, whistled and hummed on marches, behind earthworks, while waiting for orders, in camp, and even on the eve of a battle, with their muskets primed and ready. They sang solo, in duets, trios, and they often formed glee clubs. Sometimes entire regiments, Generals and all, sang on marches. Some soldiers paid with their lives when their song tipped off their location to an enemy sharpshooter.

Although music certainly fanned the flames of patriotic zeal, soldiers on both sides were occasionally reminded of their common heritage. On the eve of the final day of battle at Murfreesboro, on July 1, 1863, Union and Confederate bands took turns playing tunes for their men. Finally, when one band struck up “Home! Sweet Home” both bands, and most of the soldiers on both sides joined in.

For many soldiers who had never traveled far from home, the Civil War changed their musical tastes forever. For the first time, many were exposed to instruments like the banjo, the harmonica, and the jew’s harp. By mixing with soldiers from other regions of the country, they learned new songs and became acquainted with musical styles they had never heard before. The memory of these new sounds lingered long after the din of battle had faded away.

On a personal note, allow me to mention how I became involved in the music of the Civil War. In the early ‘sixties I studied history at the University of California at Berkeley and I went on to earn a master’s degree in American History at the University of Wisconsin in Madison. It was in Madison that I started to realize that I could connect my strong interest and abilities to sing as well as play banjo, guitar and mandolin with my love of history. I happily avoided writing a long research paper for one of my history classes by singing and playing a number of union and labor songs from the I.W.W or Industrial Workers of the World, better known as the “Wobblies.”  From there it was only a small leap to start learning to sing and play such songs as Dan Emmitt’s “Dixie,” plus songs from the pen of Stephen Foster such as “My Old Kentucky Home,”  and “Camptown Races,” to name a few.

In the late 1990s Bill Bay of Mel Bay Publications, asked me to produce a CD to go along with Jerry Silverman’s book, “Ballads & Songs of the Civil War.” The result was an album by the same name that included many of the favorite songs of the Civil War including “Bonnie Blue Flag,” “Lorena,” “Battle Cry of Freedom,” “Just Before the Battle Mother,” “Cumberland Gap,” and “Tramp, Tramp, Tramp.” On this album I sang and played 5 & 6 string banjo, minstrel banjo, fiddle, mandolin and guitar. Helping me on this album was Bucky Hanks on guitar and vocals, David Holt on jew’s harp, harmonica, spoons, bones, washboard, drum, tamborine, and Bob Willoughby on vocals.

With the success of my “Ballads & Songs of the Civil War” recording, I next recorded two more Civil War albums, “The Home Front,” and “Southern Soldier Boy.” The same musicians helped me record these albums. Next came “Love Songs of the Civil War” which featured Laura Boosinger on vocals. For my last Civil War CD, “Battlefield Ballads of the Civil War,” I decided to do all the music and singing myself. With the use of over-dubbing I was able to capture the feel and emotions of Civil War soldiers on, or soon after, the battlefield.

In 1999, I produced my Civil War songbook entitled Rousing Songs & True Tales of the Civil War. This pocket-sized book contains the lyrics and music to many of the best-loved Civil War songs, plus vintage photos and illustrations, stories, trivia, plus soldiers’ slang.

As we mark the 150th or sesquicentennial anniversary of the start of the Civil War, let’s not forget to sing the songs that not only touched the heart of Civil War soldiers, but also those who stayed behind.