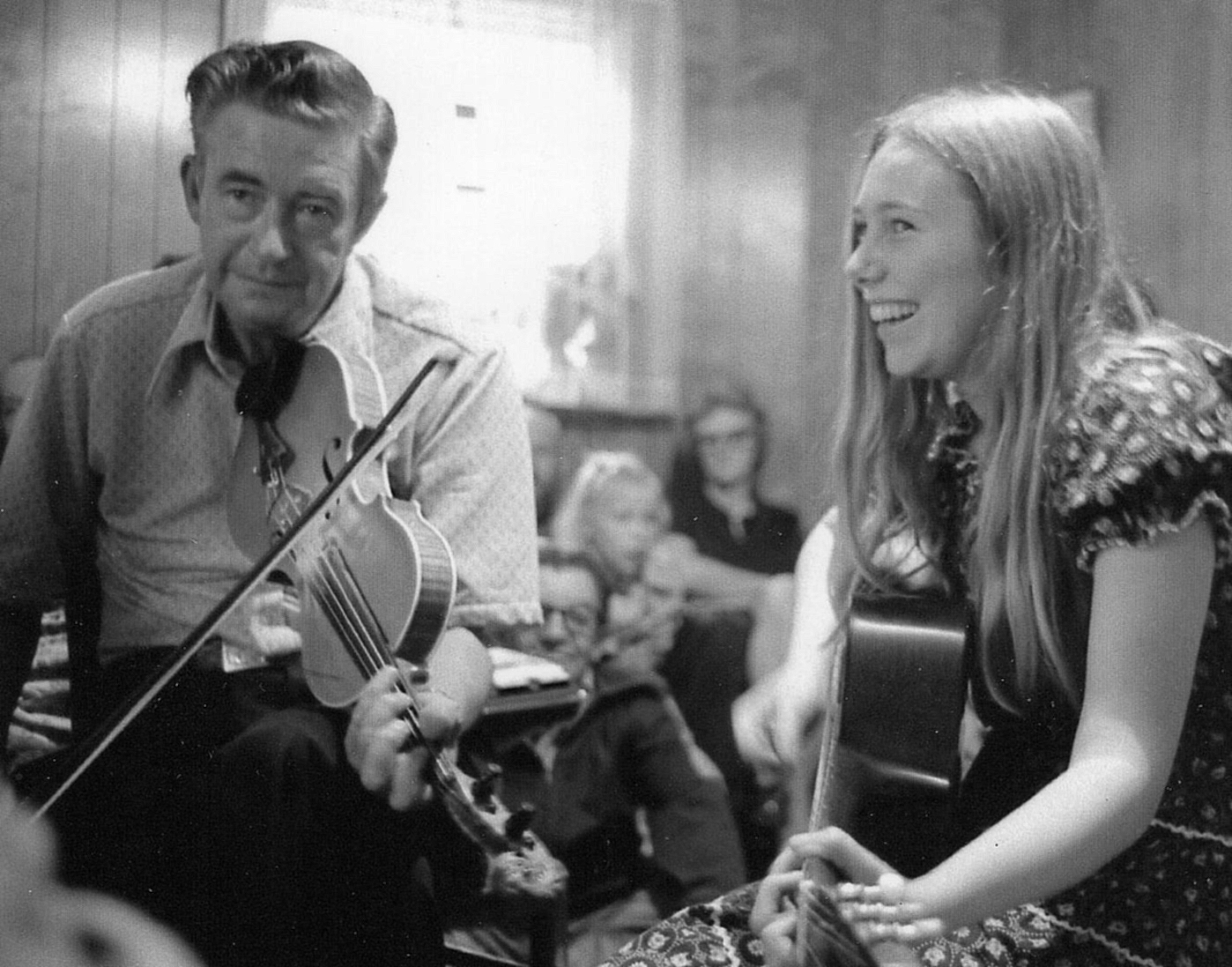 Hangman’s Reel always reminds me of my old friend and mentor, Albert Hash. I first met Albert at the Grayson County Fiddlers Convention in the summer of 1972, and took an instant liking to him. Not only was he a great old-time fiddler, but I was drawn to him by his plainspoken ways and his humble spirit. He spoke in an old-time Southwest Virginia dialect, and I hung on his every word. The man was wise from his head to his toes, and I spent a lot of time hanging out and playing music with him at his Whitetop Mountain home. His wife, Ethel, used to serve me instant coffee with hot water from the tap. It was delicious!

Back in the early 1970s, Albert taught me Hangman’s Reel, along with the story that goes with it. Over the years, I’m sure I’ve embellished both the tune and the story. Anyway, here’s the story.

Many years ago way up in Canada there was a prisoner who was locked tight in his cell, awaiting his execution the following day for a crime that is long forgotten. Outside the window of his cell he could hear carpenters building his gallows. The jailhouse walls were too thick to tunnel through, so he was desperately trying to figure out a way to escape his fate. Looking through the bars, he could see an old fiddle and bow hanging on the jailhouse wall. That gave him an idea.

He called the jailer over and pretended that he was the greatest fiddle player in that entire region. They got to arguing back and forth, and the prisoner managed to goad the jailer into make a bet. If he could prove that he was the greatest fiddler, he would be set free. But if he was lying, and was not the great fiddler that he claimed he was, then he would meet his fate at the end of the hangman’s rope. They shook hands and sealed the bet. The jailer did allow the prisoner to keep the fiddle and bow in his cell overnight. The next day, with the noose around his neck, he would get the chance to play the fiddle for the crowd and settle the bet once and for all.

The truth was that the prisoner had never held a fiddle in his hands before, but it was the only thing he could think of to try to win his release. You can bet he stayed up late that night trying to figure out how to play that fiddle. On the gallows the next morning, the prisoner raised the fiddle and played the tune that has since become known as Hangman’s Reel. History did not bother to record whether the prisoner won his freedom or instead received a “suspended” sentence. However, it is a darn good tune!