This article was written by Charles K Wolfe.

One of the sillier myths being bandied about these days by the Nashville establishment involves the role of women in the history of country music. It is said, down along Music Row and in the August pages of Country Music Magazine, that before the advent of Kitty Wells in the late 1940’s, women had little to do with country music’s devel­opment: they were cast as only pretty faces along to dress up the act. This, of course, is nonsense, and an account of the significant women artists who contributed to 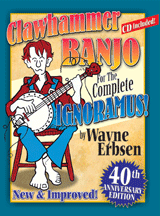 What’s not so “normal,” is that I have not included the rhythmic clawhammer stroke as part of the tab. What you have here is only the naked melody.

If you already have the basic clawhammer banjo rhythm nailed down, you know that it sounds like “bum dit-ty,” or “claw-ham-mer.” The “bum” or “claw” is the melody, the “dit” 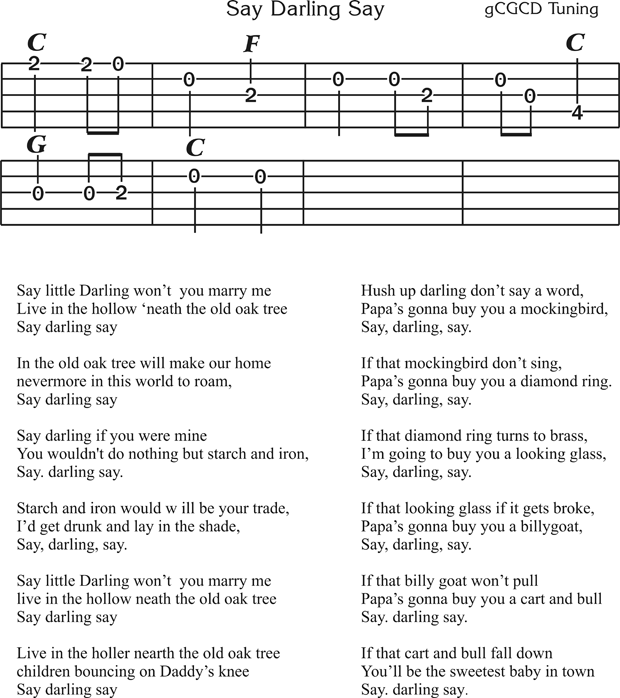 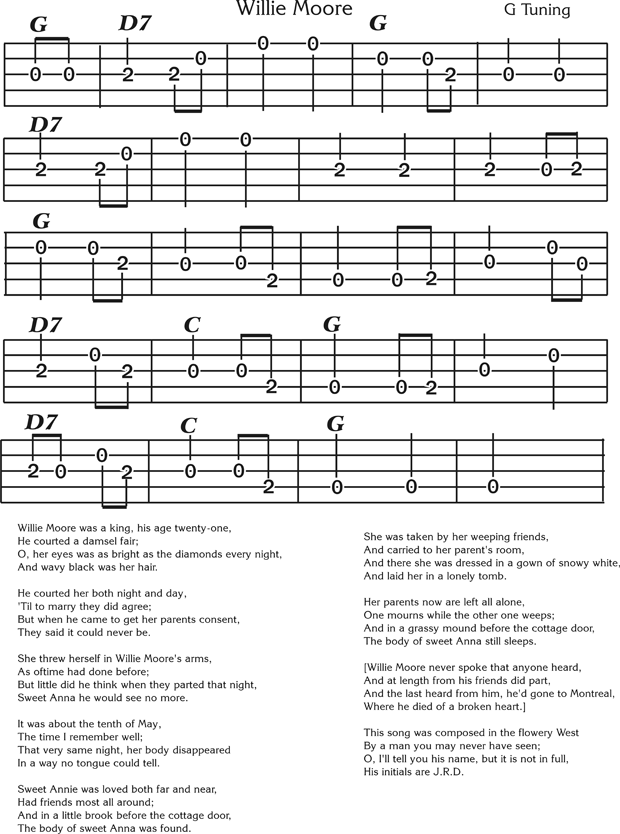 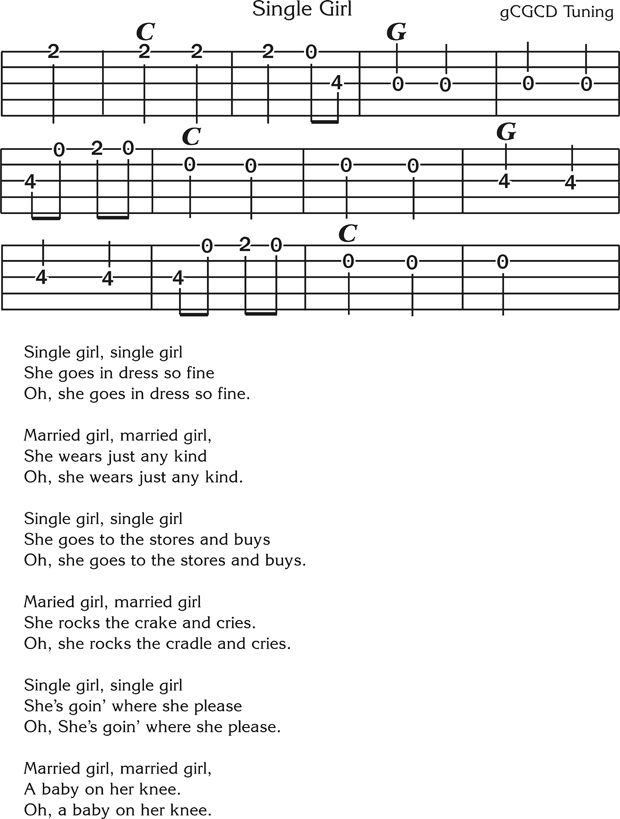 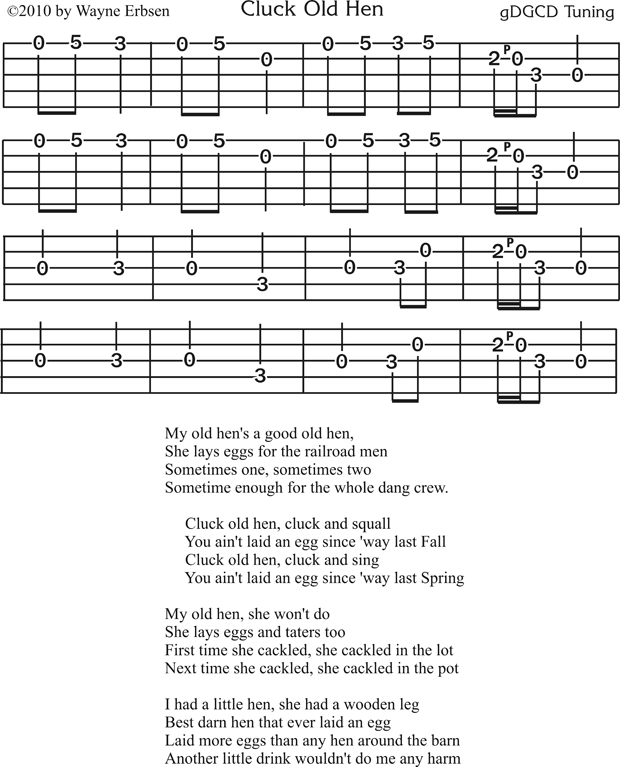 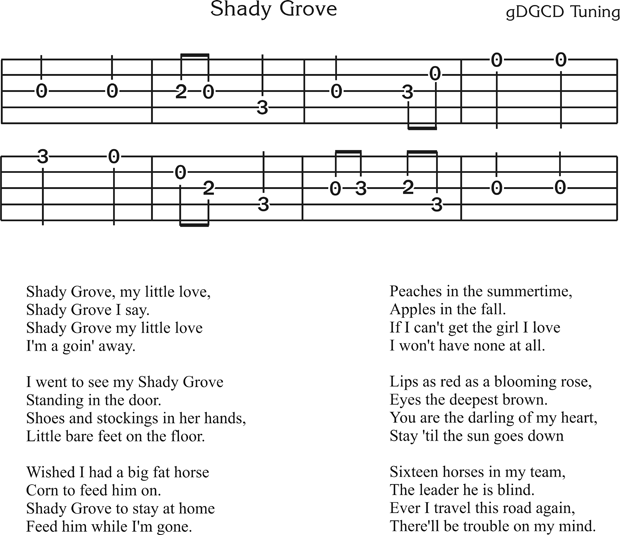 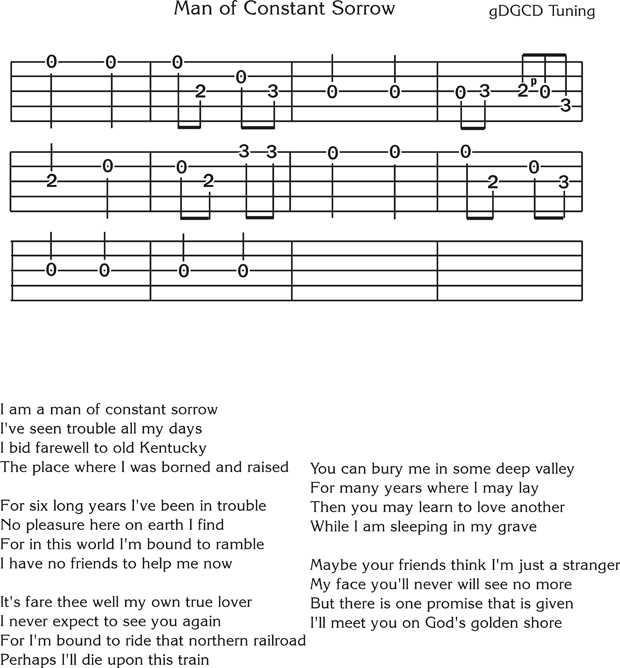 One of the most fascinating of all the two finger pickers is a gentleman by the name of Walter Davis. Residing in Black Mountain, North Carolina, Walter, in his 75 years, has come to know most of the western Carolina banjo players such as Samantha Bumgarner, Mack Crow, Clarence Ashley and Dock Walsh. He was also acquainted with Jimmy Rodgers, who once lived in Old Fort, North Carolina, and Blind Lemon Jefferson, who played on the streets of nearby Johnson City, Tennessee. He also knew Jimmy Davis, who came to visit his mother in a hospital in Morganton, North Carolina,