Bluegrass music has jokingly been called “a celebration of pain.” It has earned this moniker because so many of the songs dwell on themes of loneliness, heartache, and death. For some bluegrass musicians, the jovial song known as Hot Corn or Hot Corn, Cold Corn offers a welcome moment of levity amidst a sea of songs of self-pity and woe. 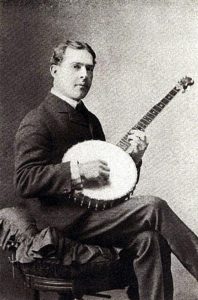 The song’s roots may go back to the 1840s, when it was known as Green Corn. It first appeared in print in Dime Songbook No. 2 (1859). Early versions of it were recorded by banjo virtuoso Vess Ossman (1901) and Fred Van Eps (1911). Asa Martin recorded it as Hot Corn both in 1932 and again in 1934. In 1935, Huddy Ledbetter recorded it as Green Corn, and in the 1950s-60s the comedian/banjo player Stringbean frequently played it on the Grand Ole Opry as Barnyard Banjo Picking.

The current popularity of Hot Corn owes much to Flatt and Scruggs’ version recorded on their Flatt and Scruggs at Carnegie Hall LP. More recently, it didn’t hurt that it has been recorded by Jerry Garcia and David Grisman, The Osborne Brothers, and The Earls of Leicester.

This tab for Hot Corn can be found in Easy 2-Chord Songs for Mandolin. 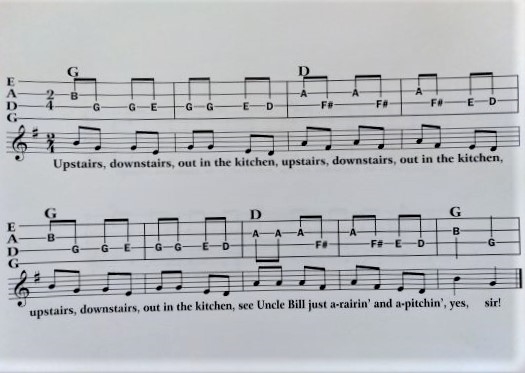